The Power of Empathy

The Power of Empathy

The power of empathy is often overlooked. We can all look at someone with a bruise and recognise that they’ve hurt themselves. Empathy is that ability to see the bruise and say, ‘wow that looks sore’. Empathy is what we feel from others when they show they understand, acknowledge and share our feelings and experiences.

Carl Rogers believed that empathy was an important part of the therapeutic process in counselling. He named it one the core conditions that allow therapy to take place. When we connect on an emotional level and the other person feels heard and understood healing and change can begin.

Human beings have a need to feel empathy from each other. To feel that someone else understands, gets it. We have a need to have others reflect back to us, to normalize what we’re feeling even if it’s just for the sake of feeling sane. Empathy can help more honest and open communication without the need for exaggeration or aggression.

What happens though when others don’t empathise?

Many stories and articles are written today about people with narcissism and psychopathy. These stories describe people who don’t have empathy and are unable to acknowledge other people’s feelings. It is this lack of empathy that has them seem like monsters. However what happens when someone is capable of feeling empathy but doesn’t show it?

What happens when empathy is deliberately withheld?

I once told someone how something they had said to me was hurtful and offensive. They replied, “You shouldn’t have had to hear that. But if you like we can explore why I had to say it?” No acknowledgement of my feelings at all. I can only guess she felt if she were to validate my feelings by empathising it would have been as if she was invalidating herself.

When we empathise with another human being we are giving them something. We are showing a level of understanding and connecting with them. When we don’t we are disempowering them. When people feel disempowered they tend to behave defensively and/or aggressively. 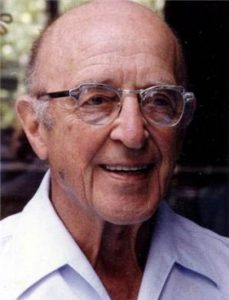 “A listening, empathic approach leads to improved communication, to greater acceptance of others and by others, and to attitudes which are more positive and more problem solving in nature. There is a decrease in defensiveness, in exaggerated statements, in evaluative and critical behaviour.”