Neglect and Abuse in Relationships

Is it okay to be in a relationship where you feel as if you don’t matter? When is it okay to not have your needs met? Is it reasonable to be told you’re selfish and wrong for having needs, values, and boundaries? Ever been left sometimes feeling as if you really are selfish for even having needs?

If you think of well being as an individual’s ability to feel good and to function well, then a person’s well being is always going to suffer when they’re consistently being either abused and/or neglected. Their self esteem and confidence will also suffer. We can feel both neglected and abused at the same time, But what’s the difference between neglect and abuse?

Abuse happens when a person is badly treated by another or others. It can be physical, emotional, financial, spiritual and so on. Neglect on the other hand can be failing to do something to prevent harm coming to another. It can also be allowing others to abuse and not acting to prevent it. It can involve a consistent lack of emotional or physical contact.

Abuse takes place when one person or persons misuse power and trust to control others. It involves mistreatment and harm towards others.

Neglect can be not paying attention to someone, forgetting or wilfully withholding proper care or affection toward another.

There are times when someone can be abusive through or because of their neglect towards another. For instance imagine someone deliberately withholding care and attention to another, knowing it will cause harm but taking no responsibility for any consequences that may arise. When the neglected person reports feeling as if they have no significance or importance in the relationship the other then may point out they’ve done nothing abusive. In fact they may even point out some of the things they have done for the other’s benefit. They may point out providing a warm meal or birthday present. There are even occasions when the person being neglected is accused of being too needy or ungrateful. They may even be told any abuse is only harmless fun or that it didn’t happen. This is known as gas lighting. That;s when someone rewrites the other person’s experiences.

It can be useful to remember is that you’re only ever as needy as your needs that aren’t being met, and that offence can be taken as well as given. No one can tell you what to feel about something regardless of their intentions. 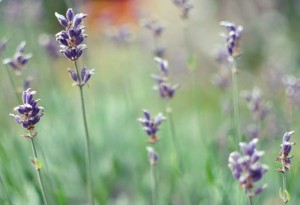