Primary cognitive obsessive compulsive disorder is also be known as primarily obsessional OCD, or Pure-O OCD. It is a lesser known form of OCD which can at times be missed. This is because there are fewer physical manifestations such as hand washing, checking switches, counting etc to observe. The compulsive rituals which do take place are normally cognitive in nature. These  rituals include ruminating, analysing, seeking constant reassurance and avoidance.

It can be one of the most distressing forms of OCD. People who experience Pure – O OCD are plagued with difficult and upsetting intrusive thoughts. These can just pop into their heads. The nature of Pure-O OCD varies. The recurring theme however is an unwanted thought or mental image that causes extreme anxiety. Those thoughts often take the form of the person doing or experiencing something out of character for them such as something of a violent, sexual or fatal nature.

The fears and anxieties are often very personal and terrifying, sometimes more so than those suffering from traditional OCD. The fears are normally based in scenarios which are devastating. The devastation involves either the sufferer or those around them. For example someone who is overly concerned with security may worry someone will break into their home. However someone with Pure-O OCD may fear becoming a sex offender because they found someone attractive.

Common themes with the intrusive thoughts include sex, sexuality, violence, responsibility, relationships, religion and health. The good news is that like other forms of OCD, Pure-O can be understood and managed in a healthier way. Counselling can help people to rationalize and regulate thoughts and feelings. 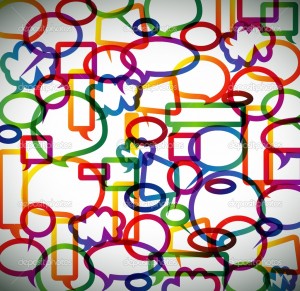