When we think of anger we often think of raised voices and aggressive behaviour. There are however different styles of anger, therefore different ways in which we experience and communicate our anger. If we don’t understand our anger or communicate and deal with it appropriately we will either explode or implode. Neither can be good for us or our relationships. Here are some different types of anger.

Some will interrogate others. They typically have a barrage of questions, often fuelled by jealousy. A common tactic is to blame and shame their victims. They want people to see things their way. They believe they have power over others and that they should feel bad and be subservient to them. These people don’t like to be answered back.

People who intimidate want to control others by being aggressive. They want others to fear them, take an aggressive stance, invade personal space and give looks that could kill. The belief is if others fear them they will get what they want. They threaten emotional and physical violence if they don’t have things their own way.

Exploders are normally bullies. They can go from anger to rage in a moment having temper tantrums. The outburst can very quickly turn to shame and they often blame others for their behaviour, for example, ‘See what you made me do?’

Those who act like victims communicate their anger through a whining ‘poor me’ voice. They believe they have power over others by making them feel guilty. The ‘poor me’ types want attention from others by making them feel shame. They want others to believe they have mistreated them somehow. People like this often claim no one understands them. A common tactic is to say things like, ‘After all I’ve done for you…’ It is a passive aggressive and manipulative form of anger. Those who behave like this are very hard to deal with as when one issue is dealt with it is quickly replaced by another just to keep the guilt going. It is a dishonest way of behaving.

Those who antagonise want to tease or wind others up in order to act out their anger. These are normally jokes with a jag. If challenged they accuse their victims of having no sense of humour.  Other times they remain calm and distant but spread rumours. They make bullets for others to fire while they sit back and watch, taking no responsibility. The belief is they can get others to do the work for them while they sit back and watch. Excluding someone when in company is another tactic of antagonists. This is the type of anger that has people bare their teeth when they smile.

The person who folds their arms, stares at the corner of the ceiling and says they’re fine want others to work out what is wrong. The intention is to gain energy from the attention of someone chasing them to work out what’s wrong. They want to be figured out. These people distance themselves, wanting others follow them to acknowledge and take responsibility for how they feel. They claim they don’t have a problem with their anger – you do. They take no responsibility and will often scream, ‘whatever!’, storming out of the room and returning later as if nothing has happened.

Imploders stuff their anger and bottle it up for a long time. This usually comes from fear, insecurity, low self-esteem and shame. On the surface it appears to cause no harm however it can’t be held in for ever. Rather when it comes out it comes out madly. It is probably the rage of years.

“Where there is anger there is always pain underneath” Eckhart Tolle

Remember anger is a secondary emotion. It is being fueled by something else, something we really don’t want to feel. It can be fueled by hurt, fear, shame, helplessness, threat and so on. More importantly if anger isn’t handled appropriately it is both destructive and corrosive. A counsellor can help you to understand why you become angry and help you to respectfully acknowledge it in yourself and others. Counselling can help you to deal with it in a more positive and constructive way. 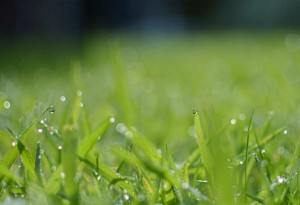